We’ve been here before.

The unpredictable hallmarks of spring — crocuses and bud-blossoms on trees — and we feel like we’re stepping back in right where we left off. Then, the temperature nosedives reminding us how much like winter we actually are, having a hard time letting go.

This time last year, I was two weeks away from getting my first vaccine. The possibilities seemed vast. My calendar was filling up and I had even co-planned a workshop that audaciously included the word “re-emergence” in its title. There was that exhilarated-crazed sense of life about to get interesting again.

On a drive home after a sweet lakeside weekend, an elderly driver didn’t stop at a stop sign. I slammed the brakes but it was too late. I T-boned her SUV. Thankfully, she walked away with no injuries. We were relatively lucky: no broken bones! No internal injuries! We were black-and-blue and somewhat bloody but even with what was later diagnosed as a concussion, I thought we would both heal in a week or so at the most.

I did in fact get back to teaching simple yoga classes within a few days. But the crash and my shook-up brain slowed me way down just as I thought everything was returning to life.

It would take a couple of months before I could do things that involved more complex cognitive tasks or interactions. I couldn’t follow more than one instruction at a time, do simple things like switch between paper and computer (which made the insurance paperwork a shitshow), or respond spontaneously and flexibly in conversation. If my husband who was in a high level of pain said something even a tad sarcastic, I’d cry. If someone did something nice for me (and I don’t know how I got blessed with so many generous souls in my life), I’d cry. One person gently asked if if would feel good to go ahead with some collaborative work we had planned. I became so intensely overwhelmed that again I cried.

A week after the accident, I journaled “I have become The Unreliable Narrator. What I experience as a small pause to gather my thoughts might actually be a long and hard stop.” A part of me enjoyed what I termed “the freedom of spaciness, of being let off the hook.”

For the first time in my memory, I had effortlessly achieved a sort of meditative state which I had previously spent eons chasing; I wasn’t my usual cerebral self, bothered by a ceaseless stream of mental narrative. Accidents, I definitely declared to nobody in particular in my journal, are moments of time shifts.

That enjoyment of the pause between thoughts was brief, lasting a week or so. Then, I entered a period what was actually quite terrifying. The concussion caused what’s known as depersonalization, a sort of advanced form of disassociation. I wrote:

Self-worth is not in my frequency right now.

There is a self who has shown up today. Her heart feels constricted, her sternum tender to the touch. This pain precludes deep breaths. She knows it was the air bag explosion, the location of the seat belt. Her knee aches, just like the old self.

But she is not her self. Not here. No self. There is no self right now.

Each day I tried to remind myself that I was still real. I know that I had conversations with friends about everything from invisible disability to chemo brain to understanding suicide from a brain perspective. (How can I remember these? Because I wrote about them. Writing serves many functions, including out-of-brain memory storage). I sent myself poetic missives like this one, trying to embody who I once was and even trying to relate what I had experienced in my brain to that loved ones had:

What happens to our brains

through crashes or electro convulsions.

We come from a long line of pliable

stories; spread over the Earth’s crust.

We are indigenous exactly nowhere.

We’ve chosen exile and have been born

to run.  We leave behind no linguistic

legacy, no heirloom seeds for the spring

a few cloves of garlic before leaving

My mind no longer captures signals.

This too shall pass, I think,

the cortex. Shake the core

until we’re free to bury our old

selves, and see what sprouts

Re-reading my journal, I can see that the TBI galvanized me to continue on my path of learning about resilience, this time from a very brain-focused approach. I needed to uncover the relationship between physical and psychological trauma since it was painfully clear that many symptoms were hauntingly interchangeable with what I experienced during previous bouts of grief and extended emotional duress: shifts in identity, decreased working memory, slow language comprehension and stymied expression, limited self-regulation, and increased sensitivity to everything from sound and light to other people’s emotional states. A big difference was that this time, I knew that I was using my rattled brain as my primary tool for examination. Which meant two things.

1) I could look at physical trauma with more emotional clarity (it was obviously not my fault I had a concussion, whereas some of the protective mechanisms I developed during childhood often fell into the “something wrong with me” category vs. a function of structure/system)

and 2) I also couldn’t fully trust my own conclusions since my brain was unreliable and who am I if not for my brain.

A year has passed since my crashing into what I might now think of as a personal calling, the beginning of the heroine’s journey. As a collective, we spiral back around to a same-same-but-different part of our own cycles. Remembering how the concussion precipitated an internal slowdown at precisely the time of year the world was shouting REBIRTH through external means (namely cherry blossoms and Covid-19 vaccines), I wonder how to recreate key lessons from that time.

Listening with my heart as I write this to you, I hear it summed up as this:

(1) practice compassion whenever possible; and

(2) by embodying a fuller presence that isn’t just thought-centric, I can let myself “off the hook.” It doesn’t matter how we do this, since presence is always more important than technique. 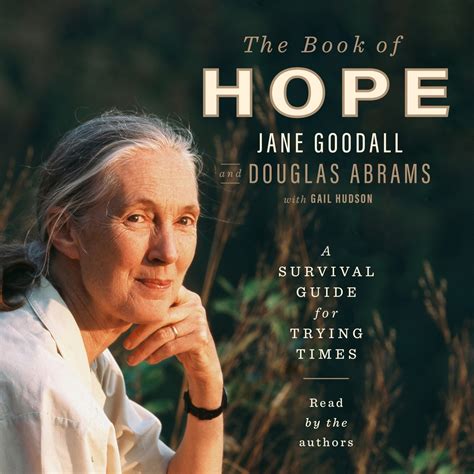 I just finished listening to The Book of Hope. (Jane Goodall’s part is a bit like being read to by your fairy godmother.) In it, she explains a technique that she uses whenever she gets overwhelmed at a conversation she needs to have or a speech she has agreed to give. She literally relaxes her entire body and lets a greater force take over.

For me, this sounded so much like what we try to do in Yin Yoga — soften ourselves enough to be receptive to what wants to come in — or wants to exit.

It’s not a surrender or collapse, but more of an intelligent yielding.

When my body and mind are decompressed, there’s a spaciousness and non-striving that allows me to deeply listen to what would go unnoticed when I am striving or too focused on my own agenda.

In a recent online workshop I attended with Dr. Dan Siegel, who is famous for coming up with the notion of interpersonal neurobiology (the idea that we have both individual and connected nervous systems), he described that softness as something we can drop down into below our habitual reactivity (in Jane’s case above, fear of speaking in public) as a space in which “you let life happen rather than make it happen, you learn to love and lead from love, you have this spacious openness where instead of having some illusion that you’re supposed to be making things happen, you are like a portal, a window, through which love and learning and connection arise. So it actually makes living much more joyful because you don’t have to be in charge of everything. What you’re responsible for is not getting lost in illusions [of our own making].”

Today, we’re (knock-on-wood) between surges so there is a sense of get-it-while-you-can. I’ll be offering my first in-person Yin class starting next Wednesday night and an in-person Yin Yoga Teacher Training later this spring — both firsts of sorts. The phlox in my front yard is flowering AND I have a sweater and sheepskin slippers on as I write this because of the temporary return to chilly weather.

I know that this practice of what we can call Yin is not easy.  For a few weeks over this past month, the war close to my ancestral lands had me following current events so compulsively I felt like I was on auto-pilot. Eventually, I found a way out of it which boiled down to unplugging from the news cycle and choosing substance instead. I had to practice compassion for myself as I caught myself in the seductive throes of knowledge acquisition.  As I wrote in a FB post:

This desire to be in-the-know, to conduct ritualistic surveillance of the context for my existence goes as far back as I can remember. It’s instinctual, particularly for those of us who came up in cacophonous or hyponourishing situations, through no fault of our own. (Though we have always ironically assigned ourselves with so much power as to have been the cause of the situation. And we can, in retrospect and after years of reflection, see how our chance upbringings really have been the ideal muse for who we grew up to be.) All this to say: I’m now happy to report that I’m down to just a handful of times daily, if you don’t count when I wake up to pee at 4 in the morning and just want to make sure that my darling cousin Zalenskyy is in good health. A tried-and-true tactic that completely escaped me in my hooked-to-the-dopamine-of-the-news cycle couple of weeks is not to avoid, but to instead allow for more substance.

Remembering the similarities between physical and psycho-spiritual trauma and the yogic belief (for which now there is scientic basis) that everything and everyone is connected, I was able to observe my compulsive behavior and reflect on the reasons behind it. Reflection without judgement (but with a healthy dollop of compassion) is the Yin part of the process — not acting, but listening with an open heart and mind.  Once there, I recalled that grasping is correlated with a dopamine fix. That helped me realize there wasn’t anything inherently wrong with me — it’s just this nervous and endocrine system and brain that has developed this particular way because of my particular life. I’m grateful I was able to figure out a way to get my need to stay aware and engaged without the intoxicating effect of hourly doomscrolling.

Making sure I build Yin in daily is crucial for my physical and mental health, though it doesn’t necessarily mean doing poses. It’s making time for an interior orientation that’s foundational, and that can take a number of forms, including meditation or woods walking or co-listening with a friend or journaling.

Though we all had different experiences (I wouldn’t wish my concussion on anyone!), 2020 and 2021 taught us all that even stealing a wee bit of time to slow down can help us see the dynamics embedded within ourselves and our cultures more clearly — inequities, uncertainty, where we have agency and where we have a small slice of influence that we can use to benefit ourselves and our beloved communities. As you bloom into spring, take time to pause. And let me know if I can be of service in your doing so.