Spring Forward and Out 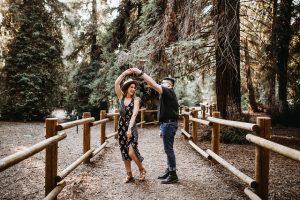 Winter ushered in unique constraints to living in step with a pandemic; it was harder to see friends safely outdoors as paths were icy and porches frigid. Now that spring is in the air, we feel sprung from lockdown, but there’s still some time — and reflection to do — until we’re safely out of this phase.

In January, the cold snap overlapped with a very difficult two weeks between the Capitol Insurrection and the Inauguration.  Those of us who live in Washington, DC found ourselves in a suspended state of watch-and-wait to see if a heavily armed and military trained group of mostly white men would attack again.

As much of the downtown area was cordoned off and renamed “The Green Zone,” I binge watched all three seasons of Designated Survivor, in which the Capitol Building is blown up during the state of the union (five minutes into the first episode so I’m not giving too much away), and the “designated survivor” (the cabinet secretary who does not attend — this is an actual practice) is sworn is as the president.

That’s the way my nervous system works. Under threat, I often immerse myself in worst-case scenario thinking (or streaming). Even if I don’t undertake preparations to go with that thinking, it helps me feel a wee bit less powerless. (Actual/perceived/learned helplessness is itself a major cause of stress.)

These days, I think a lot about the nervous system and how we’re wired to deal with threats.  As a woman, I’ve been intrigued in how we use the “Tend and Befriend” stress response pattern. Stress, like almost every other “condition” was largely studied in men; up until 1995 only 17% of the research on fight-or-flight response was done with females. It turns out that women just as often form social alliances to protect themselves and their loved ones.

I wrote on facebook this week that I was a special treat for the neighborhood bullies as a kid. I was scrawny and knocked kneed, had braces on my upper teeth, glasses and special shoes that we got at the Buster Brown’s on Queens Boulevard by 6. My knees would swell up for no reason making walking painful and my mother would put me in a stroller even when I was 3 and 4. Decidedly uncool. I was skinny without being speedy or agile. The best way I had of fighting back included using vocabulary words that the bullies didn’t understand. It worked sometimes — I remember telling them I felt “enervated” once and they walked away, exasperated.

My parents were pretty much useless in this arena. Since the bullies regularly accused me of killing Jesus, my parents presumed (correctly) they got their ideas from their uneducated anti-Semitic parents. So they figured there was no point in knocking on these parents’ doors (incorrectly, at least from my vantage point as an adult).

While I only remember getting jumped by these kids twice, danger lurked nearby during much of my childhood and adolescence, especially the five-block radius around my building.

Part of how I dealt with the threat was being very likeable.  I had friends and I was often with them.  I knew the bullies would most likely attack when I was alone. The other thing I did, quite instinctively and unconsciously, was to strategically align myself with neighborhood boys a few years older. Like my bullies, they were a mixed race crew of working class kids of immigrants, but unlike myself, decidedly not Jewish.  These boys turned out to be my best protection; the bullies stopped blocking my path or circling around me — even when I was alone. They were now afraid of what would happen if they crossed the line.

In retrospect, I can see that there was a price to pay as I tried to seem older and cooler than I was (read: an early entrance into sex, drugs, and rock and roll). But those friendships and experiences transformed how I understood the world and my place in it, in some ways for the better.

Knowing about the way our nervous system works has helped me recapture memories or understand my own motivations from a different vantage point, which is healing in and of itself.

As spring continues to bloom, I’ll do more befriending and hanging with friends and neighbors on my stoop and on walks. Being with friends boosts oxytocin levels, helping us to feel better. And it feels safer to do this now. As of this writing, 25% of US residents are at least partially vaccinated, portending a sea change in how we live with the pandemic. I even moved to the beat of the Malcolm X Drummers this past week — my first but not last outdoor dancing of the season.

I’m so curious about whether you formed alliances that protected you as a child when your parents or adults couldn’t.

As always, thanks so much for reading and let me know if you have questions or thoughts.